Soccer, Carbon Credits, and a Start Up with Impact - How an Open Eye client achieved a world’s first.

Last time we talked about how Open Eye offers a one-hour strategy session for launching or revitalizing a business or idea. During that session we’ll do a lot of planning, but the real value comes when that carefully crafted strategy turns into action.

We’re part of the Open Eye team, and many of us have other projects and business interests that we also pursue. We’re all constantly learning and growing, so we can provide actionable advice from real-world experience to our clients.

We participated in the Open Eye one-hour strategy session around our idea to increase the impact of having a pro women’s soccer team in our city. We’re big sports fans and wanted our local team to succeed, so we expanded the way the team, staff, and owners interacted to grow the supporting community. Women’s sports get only about one percent of support in the form of sponsorship dollars, so we felt there was huge room for growth. We founded the formal effort and named it Sport Impact Group, or SIG. We added the qualifier ‘Louisville’ when referring to our local work because we were already reaching out to other cities hosting pro women’s soccer. We shared our transparent playbook and inspired them to act. The value of understanding our networking factor was brought out during our Open Eye strategy session.

We didn’t fully understand before the session how to make our idea work. We knew it had the potential to scale to all those other cities. We aspired to create valuable intellectual property, established a viable business model, and demonstrated how pro sports teams can have a positive effect on a city well beyond stadium walls. What we didn’t know yet was that this little strategy session would lead to a true, rare, “world’s first” for our startup.

Our colleagues at Open Eye joined us for the one-hour strategy session, where we laid out everything from a mission statement, to an action plan that would actually achieve the goals we defined. We met on a typical Wednesday morning. We felt the excitement as soon as we walked in the room. We could tell that the Open Eye experts were bringing an infectious sense of true collaboration that would fuel the whole strategy session.

Within that one hour, we established the basics of a strategy plan we could lean into. The Open Eye experts didn’t just help us find the right words to describe our work, they helped us describe the exact next steps we needed to take.

We needed to approach the local pro soccer team to share our goals and bring them in as partners. We needed to DO something, to demonstrate that wider effect we knew the team could have on our community. And we needed to understand the metrics of our particular success.

Understanding what success really means is critical, which is what we learned from the Open Eye team. If you think success means one thing, but your market demands another, all of your energy and resources expended could result in no real forward progress. For SIG, success meant real-world actions that could be easily viewed and interpreted as wins. Our Open Eye experts explained that because we are breaking new ground with this approach, we need to address existing problems we could solve, or help solve. They explained the difference between perceived success and actual success. And they helped us find a way to make a splash, to get noticed, and then to build on that momentum.

As it turns out, our local pro team and stadium play host to a boutique international invitational women’s soccer tournament called The Women’s Cup. We met the owners at last year’s tournament and began to understand their goals. We had multiple conversations around possible collaborations that would add value for everyone involved. In those conversations, we learned that sustainability is key to the long-term success of professional sports, as the business of sports played outside is disproportionately affected by extreme weather. Up to 10 percent of scheduled pro games are postponed or called off due to weather conditions that are only getting worse. But it is a problem only now being discussed. Very little is actually being done. What could SIG do to bring attention to this key factor of long-term success? How could we get our city to participate and understand why sustainability matters to professional sports and beyond?

One main metric of success could be to produce the tournament in a more sustainable way and to draw the global pool of broadcast and in-person spectators into the experience, to widen the effect.

Another metric of success could be to leave the world a measurably better place for the creation and production of this tournament. Measuring its carbon use and then offsetting that negative with positive actions is one way to do that. Carbon offsetting does everything from planting more trees to funding waste reduction and educating the public.

And finally, a metric of success could be to create a coalition of collaborators and leave everyone with a better, deeper understanding of how sustainability works today and in the future.

Our one-hour strategy session with Open Eye resulted in a plan for action we knew we could achieve.

After some initial research, we discovered that no other soccer tournament had been produced sustainably! We could be the first in the world. Those were big words to hear! We started to realize the full impact this work could have. For us, producing the tournament sustainably meant measuring the energy usage of the entire endeavor, and then offsetting the carbon footprint with actions that provided real, measurable, and sustainable results. No, it’s not perfect. The best way would be to reduce energy consumption in the first place. But taking this first step could illuminate the way to the bigger picture.

We met with stadium officials to understand the historic use of energy. Bills from gas and electric providers yielded the exact amount of energy used by the stadium every month. From that we could extrapolate the use for the seven tournament games to be played in one week.

We used an online calculator to predict the carbon cost of team travel, fan travel, housing, and food production. Armed with that historic data, we could project the cost of purchasing carbon offsets for the tournament’s energy use.

Our Open Eye colleagues helped us understand how to approach potential partners. We gained the confidence and collaboration of both the tournament owners and the stadium owners. We agreed to work together to understand the actual data, and did not depend on historic numbers. We announced our intention to produce the world’s first sustainable soccer tournament.

Activating your network to Get Things Done

We began taking our vision to the city, to its sports commission, to local experts in sustainability, and most importantly, to the fans who would be participating in this momentous achievement. We were determined that the fans would not have their experience weighted by sustainability, but rather, their experience would be enhanced by being part of the larger goal. We wanted them to understand that sustainability doesn’t just mean riding a bike to the game or bringing their own water bottle or wearing second-hand clothing. It means participating in actions that help heal the earth. The fans could be proud to attend the games and just by being counted, they could be part of the fundraising effort to purchase the carbon offsets. The more people hearing the message, the more likely a sponsor would want to be involved.

Our Open Eye colleagues had led us to fashion a mission we could live up to, in ways that helped our new business gain traction and attention.

We worked with the teams and tournament owners to be present at press conferences and we did multiple interviews to explain the sustainability concepts. We used every chance to talk to sponsors about why this tournament was different.

It was a long, wild, exciting, exhausting, thrilling week. Our achievement ended up being detailed on the stadium jumbotron multiple times, every time to crowd applause. We made new friends from Japan to Mexico to Italy to England. We saw some fantastic soccer, up close and personal from the sidelines. We toasted our success with our new sponsors and partners. We gratefully realized how much we’d learned and gained from our relationship with Open Eye. They guided us toward authentic communication and real-world actions to achieve our “world’s first sustainable soccer tournament” goal. Many doors have opened for us and we are making new collaborations every month.

Let our success be your inspiration!

We know our story is unique. But so is yours. Being able to discuss how an idea can turn into a successful business with real experts is almost invaluable. Don’t you owe it to yourself and your idea to at least start to think about a realistic plan for success? We didn’t even know opportunities like this exist. Now you do. Let’s talk. Let’s put some of it in writing and see how it feels. By opening this conversation you join a team of winners, people who understand where you are now and also see the path to where you could go.

Our sustainability story should also be relatable. It’s the single-most important issue facing the global business community today. Sustainability does not mean changing the way you do everything. It asks for forethought, discussion, and deliberate action-taking. Next time, we’ll discuss how you can start responding to the world crisis of sustainability in a realistic and effective way, through your collaboration with Open Eye.

Get in Touch with Us.

We’re here to help and eager to get started.

Keep up to date with Open Eye’s latest thought leadership and tools for businesses making a positive impact in the world. 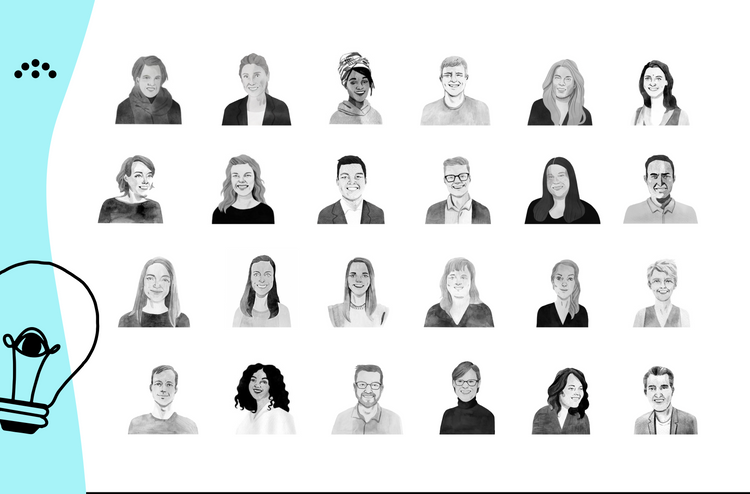 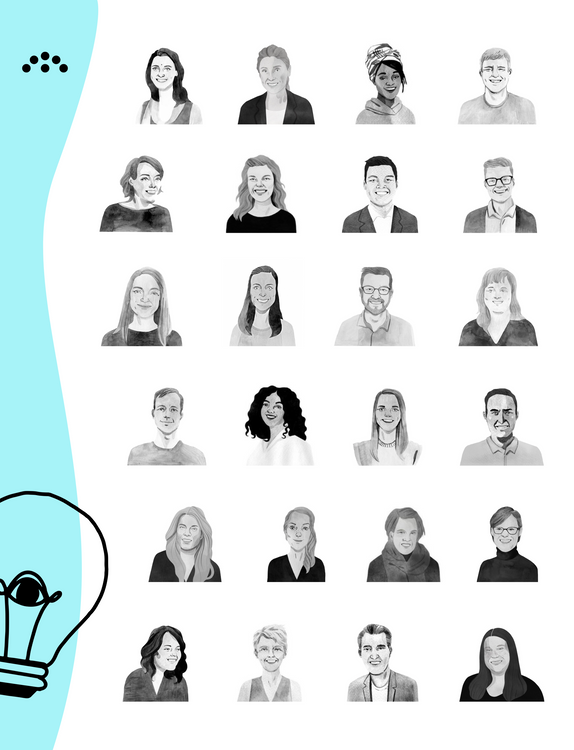